Jasper Lynn joins in the A to Z fun during April. Today our post celebrates the letter J. 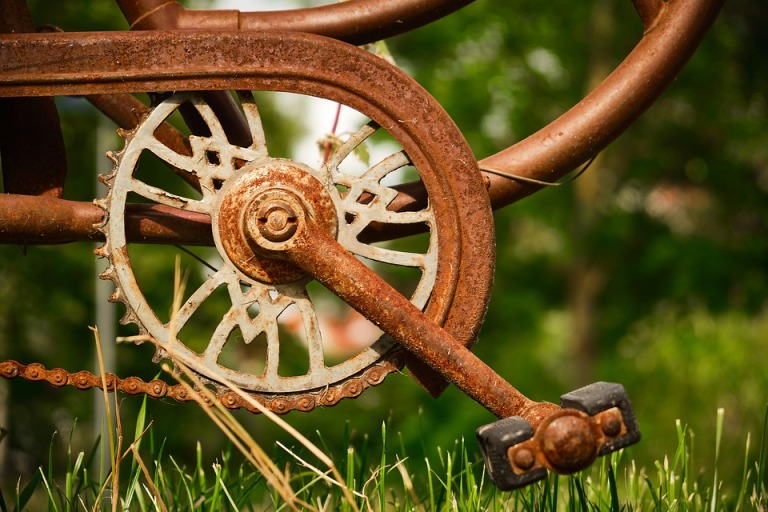 The new red bicycle sparkled in the store window. Jared wanted that bicycle.

He closed his eyes and pictured himself riding it down the street. He knew it would ride like a chariot.

Jared gave one last glance at the bright gleaming bicycle. He hurried home to find his mother. “There’s a new bicycle in Harlow ’s Store.”

“We don’t have the money for a new bicycle,” his mother said.

“We don’t have ninety-nine dollars for toys. Your father’s work has been slow.”

“I’m going to go the park to play,” Jared grumbled. He grabbed his baseball and mitt and stomped down the street.

Jared tossed the ball up in the air and caught it. He threw it up higher. The ball bounced off the tip of his mitt. It rolled and rolled. He chased it to a pile of leaves.

He saw something strange in the leaves. It was brown and flat with a shiny clasp. He pulled it out. It was a wallet! He opened it up. It had money, lots of money!

“Mom,” he hollered running in the back door. “I have the money for my bicycle!” He held out the wallet.

“That belongs to someone. You can’t keep it,” his mother said.

“No, that is not how it works,” she replied. She looked inside the wallet. She looked under flaps and pulled out a folded paper.

“Mary Wilson,” she read from the paper. “Here’s her address too. I know where this is. We’ll return it.”

Jared frowned. He didn’t want to return it. He found it. She lost it. He thought, Parents don’t understand about being a boy who wants a new cycle.

Jared pouted all the way to the car. His mother drove a long time. The houses got smaller and older.

They stopped in front of a tiny, old house. There was only a teensy front yard. It was all dirt, no green grass or pretty flowers here. The fence was falling down. The house needed painted.

They got out and walked up the front steps. One step was missing.

They knocked. The door opened a crack. A white-haired lady peeped through the opening.

“Did you lose a wallet?”

“Yes, I lost it on my way to the store,” her voice shook. Her lips quivered.

“My son found it.” She handed her the wallet.

“Thank you,” she said, reaching for it and hugging it tight. “I’ve been so worried. It had all my grocery money.”

Jared saw behind her. There wasn’t a lot inside. He noticed that she didn’t even have an old, rusty, dented bicycle.

Jared’s Same-Old Bicycle is a story in This and That Too, scheduled for release May 2020